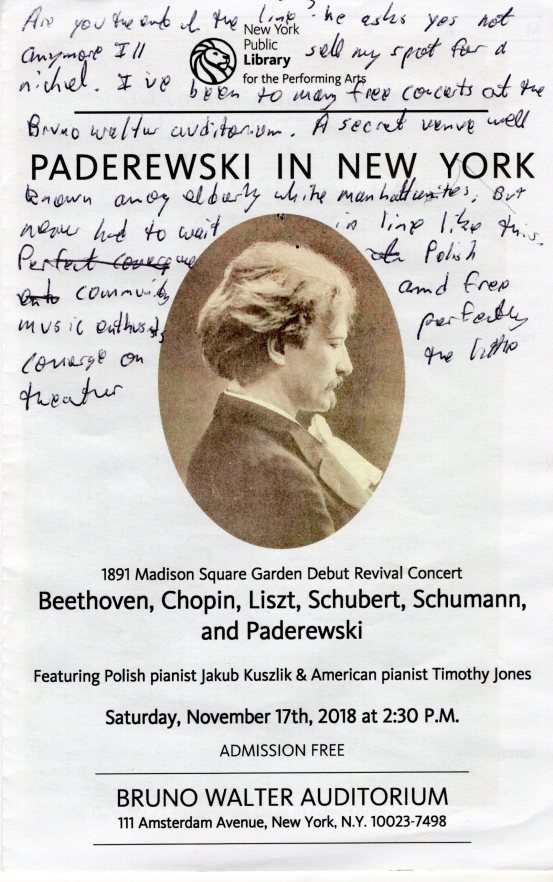 “Are you the end of the line?” He asks. “Yes,” I reply. “Not anymore… I’ll sell my spot for a nickel,” he declares to no-one in particular.

I have been to many free concerts at the Bruno Walter Auditorium–a secret venue well known among elderly white Manhattanites–but never had to wait in line like this. Polish community and free music enthusiasts perfectly converged on the little theater for Paderewski in New York: 1891 Madison Square Garden Debut Revival Concert.

Ignacy Jan Paderewski (1860–1941) was one of the most popular performers of his time and became Prime Minister of Poland after it gained independence in 1918. His New York debut took place November 24, 1891 in Madison Square Garden II (Stanford White’s palace of demise) to great acclaim.  The concert program was revived by Jakub Kuszlik and Timothy Jones

In addition to the usual folded paper program, the Paderewski Days sponsors went all out with two playbill like magazines.  I don’t know whether to recycle or collect in my archives, but the back page clearly discourages me from trying to sell. 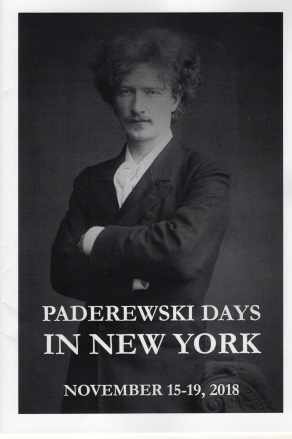